A celebration of new media in New Mexico 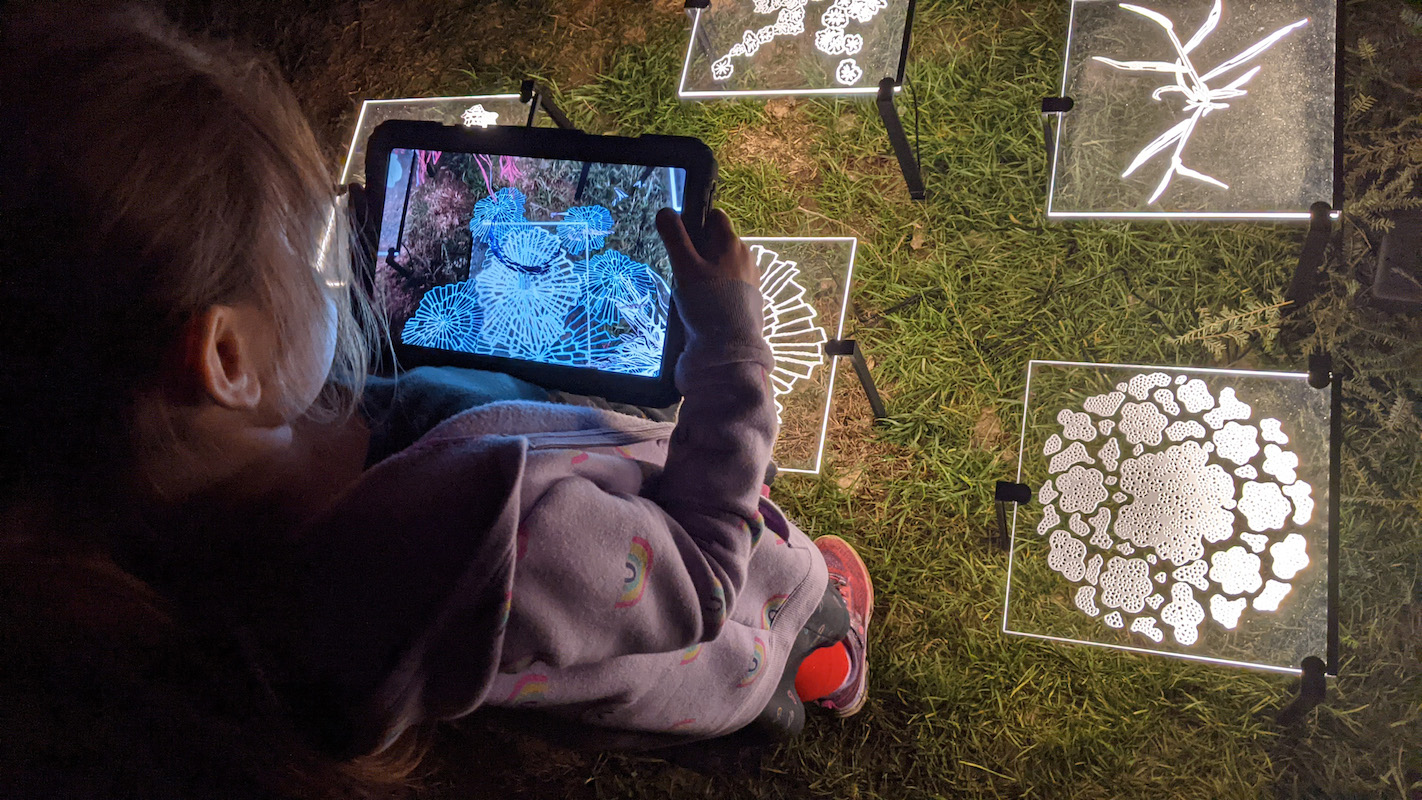 A celebration of new media in New Mexico

Much of American modernism occurred through New Mexico with artists experimenting outside the confines of the academy. This feeling of freedom and play continued throughout the second half of the 20th century as artists became interested in the light, space and color of the desert environment. These artistic movements are now codified in history, and today New Mexico artists are still sharpening the cutting edge of contemporary art.

In 2010, CURRENTS and El Museo Cultural formed a partnership, and the festival has expanded to show the work of 50 artists from across the United States, as well as 22 local high school artists. CURRENTS had operated on this scale for 10 consecutive years until 2020, when the festival moved fully online, then transitioned to a hybrid format in 2021. This year, CURRENTS will run as a full-scale in-person festival across the city of Santa Fe, showing 75 artists at CURRENTS 826 (their year-round exhibition space), the Santa Fe Fairgrounds, CCA, SITE Santa Fe and form & concept.

Reflecting on the arc of CURRENTS’ 20-year history, Amster and Ragano each have a sense of pride in the past and excitement for the future. As new media artists themselves, they approach everything with curiosity and strive to bring a spirit of openness to Santa Fe by showcasing an international array of contemporary new media work. And, although CURRENTS is an international festival, they believe that local communities in New Mexico should be the primary beneficiaries.

For example, there is an abundance of job opportunities in the area, as setting up a production of this size requires a strong team of people. Affordable tickets, as well as venues throughout the city, also benefit the community. But that sense of accessibility is also achieved in the way Amster and Ragano design the experience. “We focus on the experience and even though it’s hard work, it’s always in a context that allows people to relax,” Amster says of making the festival welcoming to visitors of all ages. horizons. Ragano adds: “When people come in, if they’ve never seen such work before, they understand. People don’t feel stupid.

It is important that the viewer never feels alienated by the works, which is not uncommon when it comes to encountering contemporary art. But this kind of intentional experience creation doesn’t come at the expense of presenting works that engage the viewer either. Ragano and Amster are mainly interested in organizing a visceral festival, which allows visitors to “feel alive”. And sometimes this kind of artwork also deals with difficult themes.

Two works of art stand out as encompassing the philosophy of being both accessible and empowering. Artist Young-min Choi has two experiential works in the festival: “Chordal Distance” (in collaboration with Sylvan Zheng) — a musical installation that requires two viewers to interact with the work to produce music together — and “Cloud Mirror” — an interactive video installation that produces a reflection of the viewer synchronized with the viewer’s breathing — seek to connect the viewer to themselves and to each other by using technology as a vector of interactivity. For Choi, when presenting technology-based work, the participatory element is of paramount importance. Since technological progress has often favored profit at all costs, she believes new media art has the power to reverse this by allowing people to create their own meaning through interaction.

In “Acequia Madre” by Albuquerque-based artist Ruben Olguin, viewers are invited to seriously reflect on their relationship to the land they stand on and the human impact on it over the centuries. The work is a multimedia installation composed of adobe bricks and video projections. The video footage shows the history of water access in the Santa Fe area and the processes, both natural and man-made, that have altered these waterways.

Also on view is Tivon Rice’s video projection “Models for Environmental Literacy” (2020), which follows three artificial intelligence entities trained on different linguistic datasets (composed of novels, non-fiction books, and climate change reports) making their way through different virtual landscapes. Voiceover narration is provided by AI, which was co-written by Rice. The video itself is beautiful, but sometimes disturbing when you stop to think that the voice and words are partly generated by robots.

As the world becomes increasingly virtual with seemingly no time to pause to ponder the potential consequences, providing a dedicated space to encounter and question cutting-edge technology through art in a comfortable environment seems vital. Art can help articulate the human experience, to re-present it to ourselves, so that we can find meaning in our relationships with each other and in our collective reality. CURRENTS accomplishes this mission with thought, elegance and clarity, balancing on this point between today and our very present future.