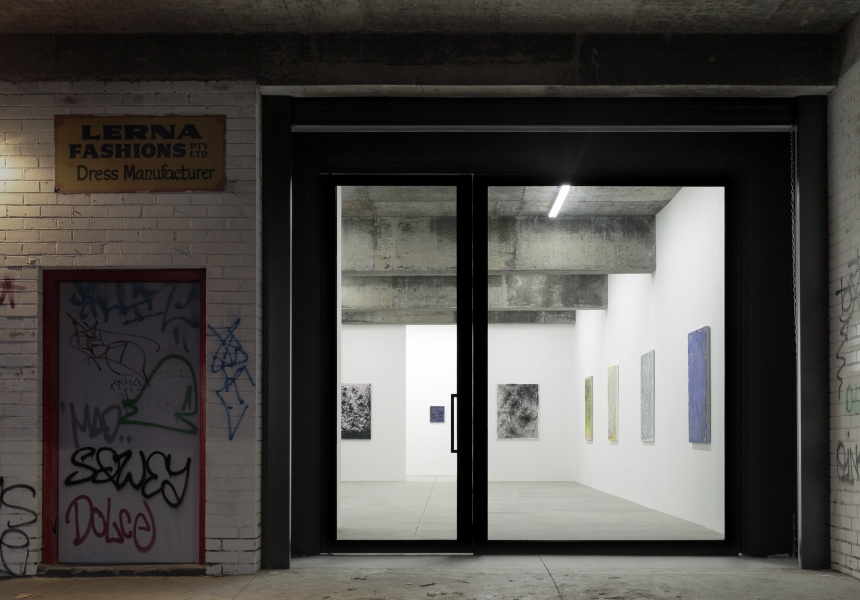 Daine Singer’s new gallery in Brunswick was once a sewing factory. Now, large glass doors replace a rolling door and works by some of Australia’s most exciting and collected contemporary artists, including Kirsty Budge and Kate Tucker, will hang on its white walls.

Singer is one of the city’s most important curators and art dealers. She opened her eponymous gallery in Flinders Lane in 2011 after previous roles at the Anna Schwartz Gallery, Museum of Australian Chinese History and Experimenta Media Arts, and in 2018 moved to Fitzroy.

Singer describes the New Brunswick premises as the gallery’s first permanent home – a warehouse she bought and then renovated earlier this year. It’s double the size of its predecessor Fitzroy, allowing Singer to hold two shows simultaneously. With a stable of 15 Australian and New Zealand artists, plus guest artists, the additional exhibition space is a welcome addition.

Singer designed the gallery herself, with guidance from a trusted circle that included Peter Davidson, one of the gallery’s artists and the designer of Fed Square.

“I wanted it to stay as minimal, understated and raw as possible, to be true to the fact that this is an industrial building and that our exposed concrete soffit ceiling is really a feature. It’s pretty brutal.

The monumental concrete ceiling is undeniably the gallery’s most dramatic feature, but the pantry and kitchen walls are painted dark olive and the bathroom burgundy, which softens the mood. An open-plan office features chairs by local furniture maker Daniel Barbera, a ceramic coffee table by Kate Tucker, and Sam Son armchairs by Italian designer Magis.

“It’s a really serene work environment that I think also balances being a welcoming space for our visitors,” says Singer. “I want to strike a balance between a space that elevates art and still feels welcoming… [Visitors] can park easily, there are beautiful design highlights in the bathroom and kitchen, and space to sit and hang out with us too.”

Singer joins a strong community of gallerists and artists in Brunswick, including Neon Parc, Blak Dot and Haydens, as well as a plethora of artist-run initiatives (ARI).

“A lot of artists live or have studios locally… New ARIs [are] springing up all the time. It feels like a hub for artists, dealers and curators,” she says.

“The reality is that many customers prefer to interact online and it’s the artists who are the most dedicated visitors to galleries, so I feel it’s important to be close to them with our physical space. .”