An unequal but effective historical triptych 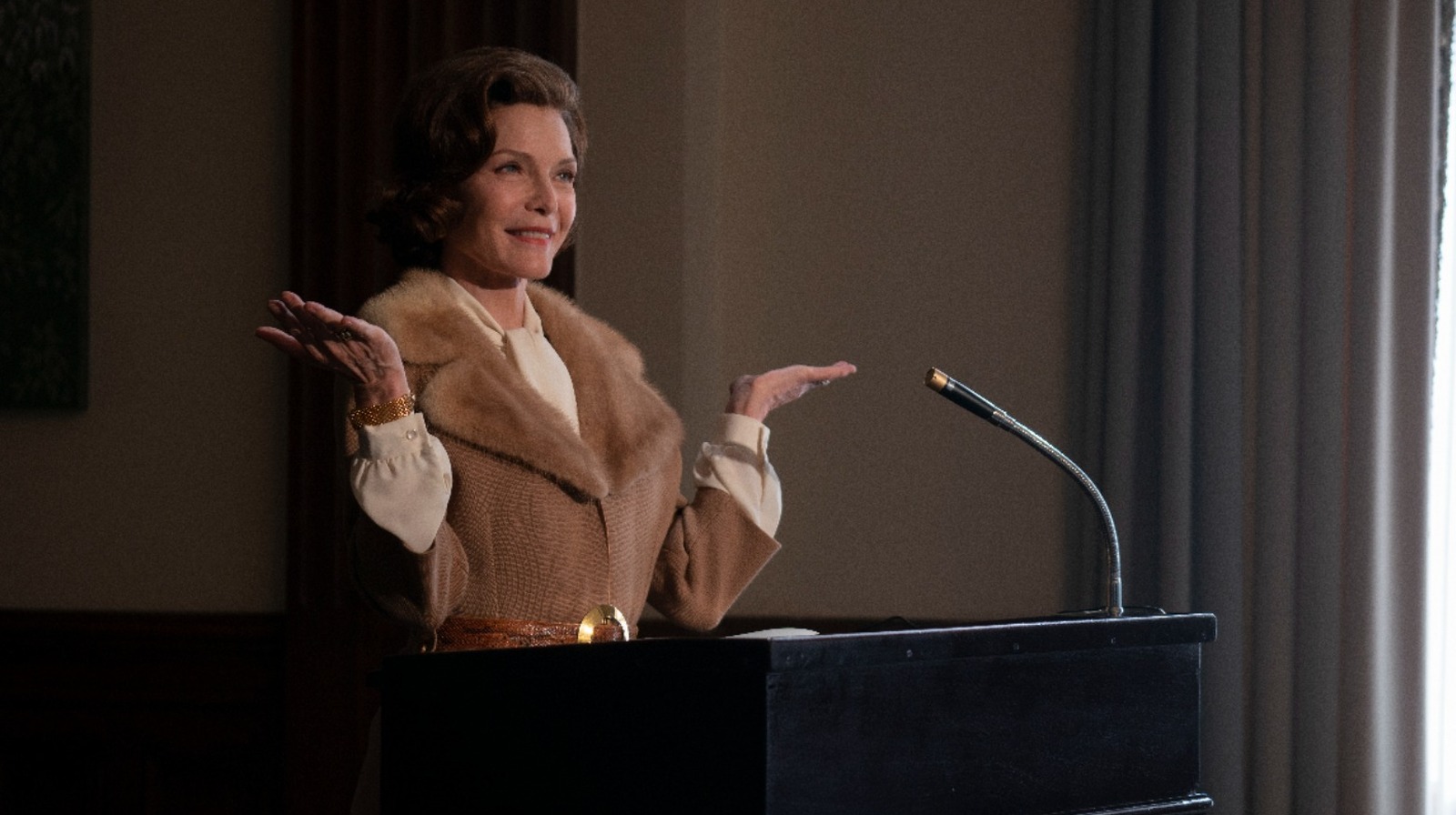 An unequal but effective historical triptych

If the series succeeds despite its flaws, it’s almost entirely thanks to its ensemble and its main cast. As Michelle Obama, Davis initially seems ill-chosen. She plays alongside OT Fagbenle, an actor fifteen years her junior, in the role of Barack Obama. But as the show’s Obama-era plot evolves, Davis eventually forces the role to adapt, and her ever-powerful ability to deliver a great performance ultimately outweighs any initial disbelief.

As Eleanor, Anderson gives a sensitive and unassuming performance, transforming into a woman whose intellectual self-confidence is sometimes tempered by her personal insecurities. Due to her historical era, her story is quieter than that of her counterparts, more laced with unspoken feelings. Still, the actress plays the unorthodox first lady well.

Pfeiffer is perhaps the surprise star of the series, playing Betty Ford with a beautiful complexity visible in every dazed smile, withered gaze, and moment of wry confidence. In what may just be a sign of good chemistry, the show gives viewers the impression that Betty’s marriage to President Gerald Ford (Aaron Eckhart) is the most genuinely loving of the bunch. The Ford family conveys a peculiar but captivating blend of unrelated glamor — at one point, Betty has to tell her kids to put away their pet alligator — and grounded, albeit difficult, family dynamics. Even as she falls deeper into addiction, Betty manages to set a precedent for political activism among early families, fighting to ratify the ERA and unexpectedly becoming the face of breast cancer awareness.

“The First Lady” ultimately works because she understands that politics East staff. The show isn’t consistent at all, but it is consistent in its proclamation that the walls of the White House don’t entirely separate these women from the people they serve. While their husbands hesitate over which public issues to get involved in, wives can use their resources to circumvent the ties that bind official leaders. People, even the most powerful, get sick, so why don’t we have better health care? If even the most powerful woman in the country has to worry about hate crimes, shouldn’t the country be doing something more proactive about addressing hate crimes? “The First Lady” presents its protagonists as the arbiters of this type of lucid logic, able to easily see what their husbands, stuck in the heart of bureaucracy, cannot.

While it doesn’t particularly stand out from other historical dramas on TV, “The First Lady” functions as an empathetic yet formally straightforward biopic. The show manages to effectively convey the fullness and historical significance of the lives of its central characters, thanks in large part to its three powerful lead actors.