Artist Kylie Manning about her exhibition at anonymous gallery 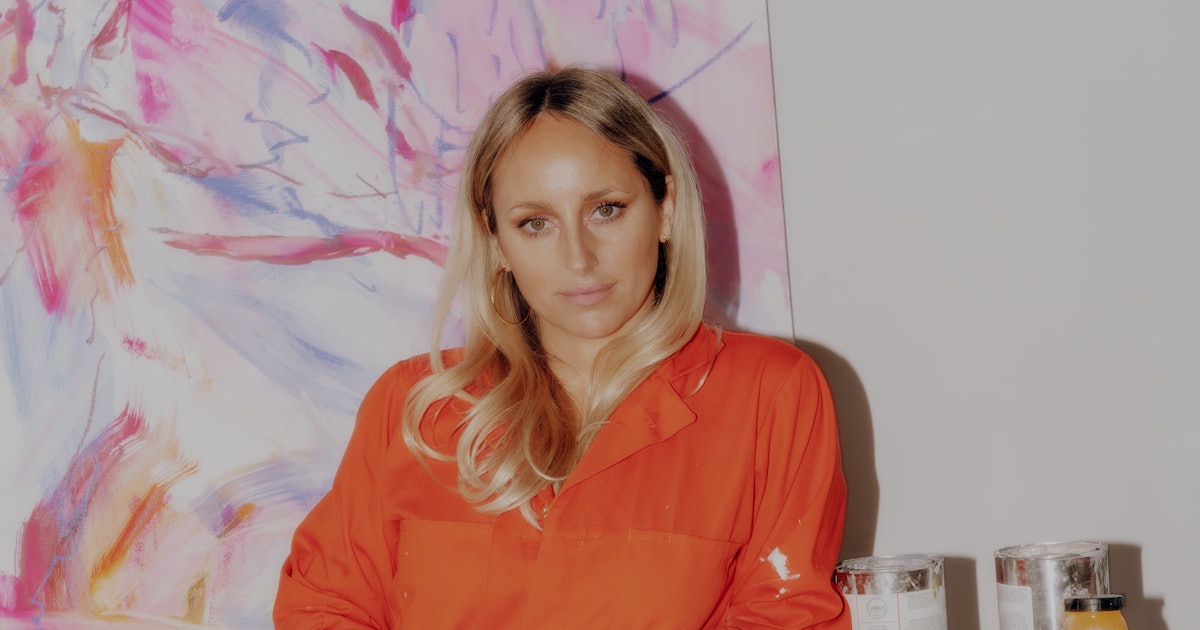 Artist Kylie Manning about her exhibition at anonymous gallery

Kylie Manning wants her paintings to be as quick, light and open as a sketch, but to have a permanence that will “last a thousand years”. She is as focused on the information she retains as on what she provides. “I try to make a piece feel like a punchy masterpiece and also a whisper, really delicate,” she says.

Manning, 38, works in Ridgewood, Queens, a stone’s throw from Bushwick in Brooklyn, in a bright studio in a former textile factory converted into artists’ spaces. She usually arrives around noon and stays until 9 or 10 p.m., or even later if all goes well.

As the first step in her process, she applies rabbit skin glue with a cake knife to a linen canvas. “That’s what Caravaggio used,” she says. “It makes it as tight as a drum.” After calibrating the surface, she then covers it with an oiled floor; preparation is methodical and time-consuming. When it’s done, she’s ready to roll, literally. Quickly and intuitively, she picks up rollers of paint from the canvas. The large splashes of color give ideas. “Often the scrolls give an implication, like when you look at a piece of wood and you see eyes and a face,” she says. Sometimes she starts with a pre-existing image, loosely borrowed from a family photograph from her childhood, and jumps.

The fourth of five children, Manning grew up in Juneau, Alaska and various parts of Mexico. Her parents, both art teachers, “were hippies,” she says, “and they thought different perspectives were pretty crucial for kids.” They transplanted the family from Alaska to Mexico as often as they could, usually during summers or on year-long sabbaticals. Manning was primarily home-schooled.

“I knew that from a very young age all I liked to do was paint,” she says. She also realized that “if you don’t have contacts, it takes years” to make a living as an artist. To make ends meet, “either you paint what you don’t want to paint, or you do the job that brings you the most money in the least amount of time. For me, it was commercial fishing. For five summers, she worked as the only female in a crew of five, fishing salmon in Alaska. “I had a captain’s license for a 500 tonne ship and I could tie the knots,” she says. “It was great, but in the end you couldn’t have paid me enough to take me back on a boat.”

She believes her time on open water influenced her paintings, in which ambiguously defined figures emerge from gestural abstraction. “It’s as translucent as water, as transient as what you see on the surface and what you don’t see underwater,” she says of her artistic style. “You get that flickering feeling.” It is perfectly adapted to the specific atmosphere of an era and a place. Discussing a pink-hued painting that fixes my gaze, she says, “I wanted to capture that freezing Alaskan temperature, that cool pink. If I can capture the time of day, longitude and temperature, the viewer can fully understand it. »

As a student at the New York Academy of Art, she felt her commitment to figurative painting marginalized her. At the suggestion of a mentor there, she moved to Leipzig in 2010, stayed there for two years, and for the first time felt a sense of artistic community. She worked in the corridor of the famous German artist Neo Rauch. “Everyone would sit down at the end of the day and drink a bottle of wine and talk about color theory and perspective,” she says. “I felt kinship and also gratitude for the German mindset.”

His breakthrough came last May with a solo exhibition at the Anonymous Gallery in New York. As audiences returned to the galleries after the imposed pandemic isolation, his pieces resonated. “They were painted with layers of safflower oil over thin washes,” Manning explains. “People were excited to see art in real life that needed to be seen in real life. You couldn’t see what it was in the reproduction.

Joseph Ian Henrikson, the founder and director of Anonymous, had spoken to Manning about putting together a show before the pandemic froze their plans. “She just dug in and made the strongest body of her work that I had seen,” he says. Often depicting a somewhat more defined figure in the company of vague shapes, the paintings were imbued with the mood of the time. “The show’s name, ‘Zweisamkeit,’ is German for ‘double isolation,'” Henrikson notes. “Even being together, you can feel alone. Loneliness can be shared. The success of “Zweisamkeit” led to Manning being included in a group show at Pace last September. “It was a really good year,” Manning says.

When I visit, his studio is filled with large canvases in various stages of completion (Manning is gearing up for a follow-up solo show this fall). A stranger may find it difficult to determine if the work is complete; even when they are, large sections of the surface may simply be the off-white of oil-bearing soil. Manning sands off the paint and then lays down new coats. “I don’t want each article to have the same quality of information,” she explains. “I have to look at certain paintings for months and months, sometimes years.”

She is married to Peter Davis, a filmmaker, but for most of her twenties, before falling in love with a man, she only dated women. “The works in the mind speak so much of a weird eye, a weird manipulation, and a gender openness,” she says. “The time for figures that are neither male nor female, or both, seems to be now.” She deliberately omits or blurs the gender of her characters, she says, “so that the work can be more open to everyone”.

And she wants her process to be apparent. “I never hide how the paintings are made,” she says. “I want to share this and do it in a way where the stakes seem really high. You have to feel like I was ready to erase and give up the play. You have to feel like it’s either coming together or it’s completely ruined .