Artists from around the world paint murals in Moncton 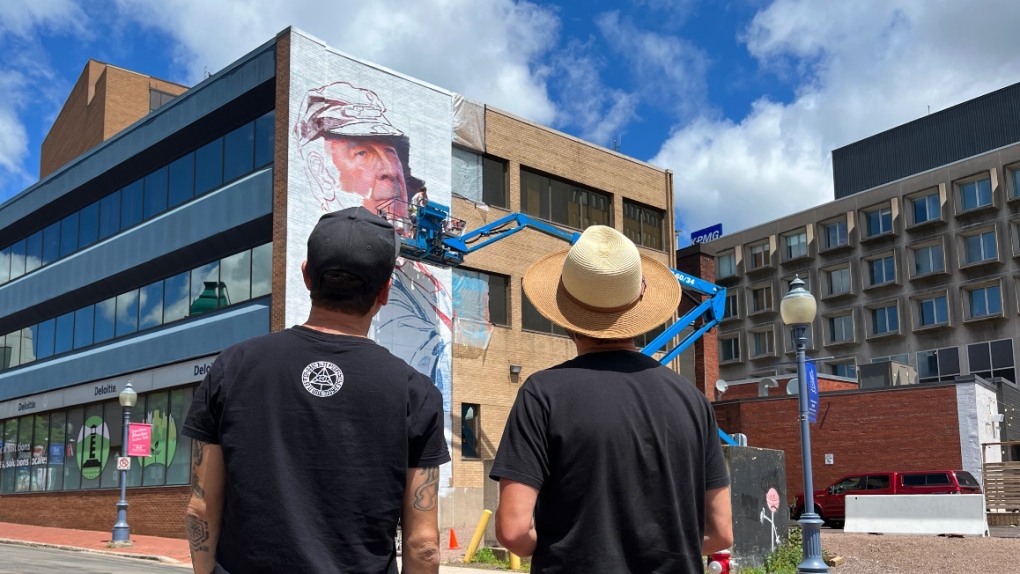 Artists from around the world paint murals in Moncton

Local and international mural artists have been working for the past few days creating beautiful and bright street art in downtown Moncton.

Montreal artist Sbu One has already produced murals in Edmundston and Caraquet. He drove to Hopewell Rocks and met some new friends who have a bearded dragon as a pet for his inspiration.

He says he has lost count of how many murals he has created.

“It’s like free art for people. They don’t need to go to a gallery or a museum. They can just see it on the street,” One said.

Three of the five new murals painted in the city are from international artists from the Netherlands, Mexico and Spain.

Artist Slim Safont works on a mural of a train driver on the back of a building on the high street. It’s his first time in Canada and he loves the central city.

“I think it’s a very good city, I like it. People are very friendly. The streets and the architecture are really beautiful. It reminds me of a movie I saw. It’s quite different from Spain,” said Safont, who lives in Barcelona.

His work stopped many in their tracks on a busy street during lunchtime.

“I find it fascinating and I could watch it for hours. The artist is obviously very gifted. Just look at the face, and how it goes,” Muriel Gallays said in passing. “I find it very good.”

Most artists were putting the finishing touches on their work on Friday with the aim of finishing by the end of the weekend.

The Inspire Festival wraps up in Moncton on Saturday at midnight. His next stop is Charlottetown, PEI. all next week.