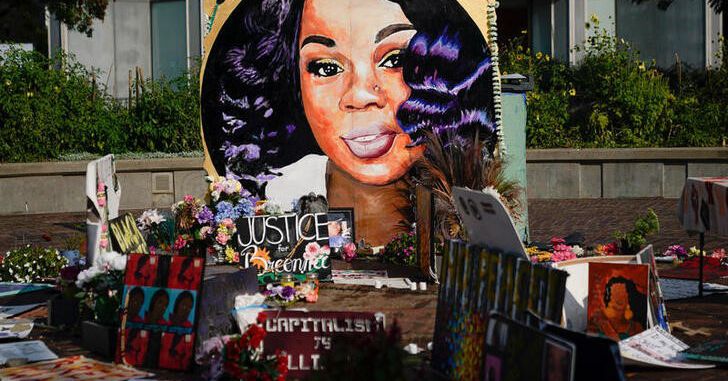 (Reuters) – The sale of a portrait of Breonna Taylor that appeared on the cover of Vanity Fair magazine in 2020 will help bolster a new cohort of lawyers focused on social justice issues.

Artist Amy Sherald, who also painted the portrait of former US first lady Michelle Obama that hangs in the National Portrait Gallery, has donated $1 million from the sale of her Taylor portrait to fund scholarships for studies for law students and undergraduates at the University of Louisville, Kentucky school said this week.

Taylor, a 26-year-old paramedic, was fatally shot in March 2020 by Louisville police executing a no-knock warrant in her apartment. His death, followed by the police killing of George Floyd two months later, sparked nationwide protests against racial inequality.

Sherald sold Taylor’s portrait to the Smithsonian’s National Museum of African American History and Culture in Washington, D.C., and to the Speed ​​Art Museum in Louisville. The museums purchased the painting in March with $1 million donated by the Ford Foundation and the Hearthland Foundation, led by actress Kate Capshaw and director Steven Spielberg.

The University of Louisville’s Brandeis School of Law announced Sherald’s donation on Sunday during its inaugural Breonna Taylor Lecture on Structural Inequality.

“I have long believed in the transformative power of education and its ability to spark new conversations and accelerate societal growth,” Sherald said in a statement announcing the donation.

The Breonna Taylor Legacy Scholarship will fund $9,000 stipends for law students to volunteer during the summer with a nonprofit social justice organization or agency.

The law school in 2020 offered a course titled Breonna Taylor’s Louisville: Race, Equity and Law that explores race and inequality in everything from policing and housing to health care and employment.