COP27: what they say at the climate summit 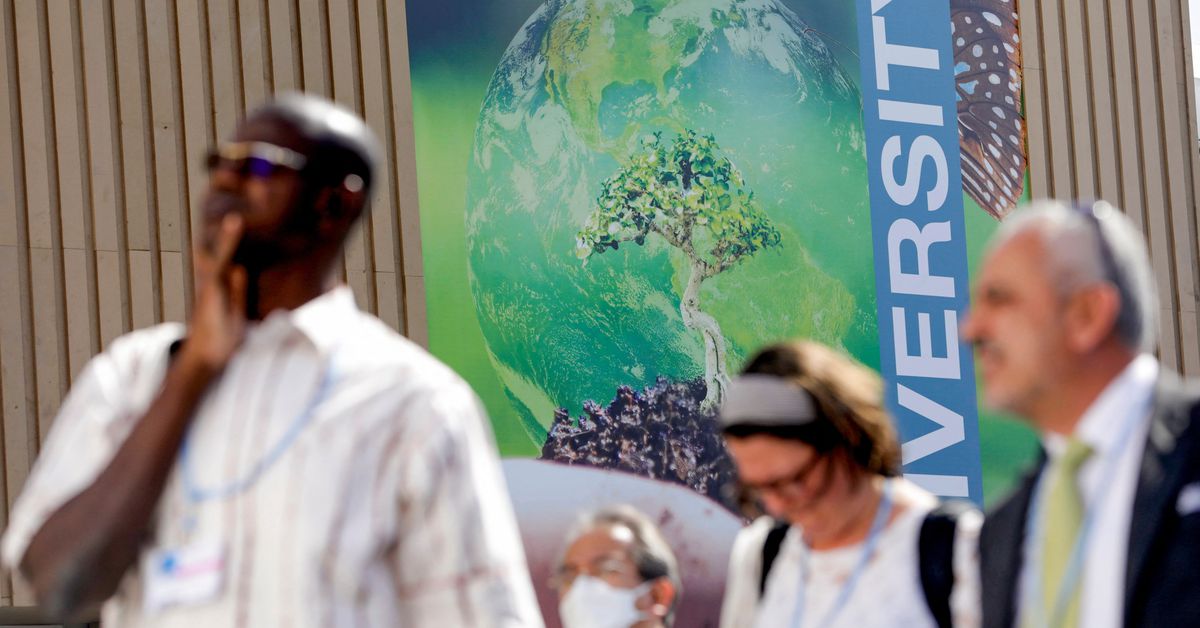 COP27: what they say at the climate summit

November 8 (Reuters) – World leaders, policymakers and delegates from nearly 200 countries are in Egypt for the UN climate summit COP27, which delegates kicked off with an agreement to discuss compensation for poor countries for the increasing damage linked to global warming.

Here are some of the latest comments from attendees:

“The global fossil fuel crisis must be a game changer. So let’s not take the highway to hell, but earn the clean ticket to heaven.”

“The oil and gas industry continues to generate nearly US$3 billion in profits daily. It is high time these companies were forced to pay a global carbon tax on their profits as a source of loss and damage funding.

“Debauched producers of fossil fuels have enjoyed exorbitant profits at the expense of human civilization. While they profit, the planet burns.”

“Let’s be clear, we are in favor of reducing greenhouse gas emissions. But we Africans cannot allow our vital interests to be ignored.

“There can be no effective climate policy without peace.”

“There are still many for whom climate change is just rhetoric or marketing… but not real action.”

“They are the ones who start wars of aggression when the planet cannot afford a single shot because it needs joint global action.”

“No matter how much the external environment changes and no matter how many challenges we face, China is firmly committed to realizing this vision of carbon neutrality.”

“The consequence of Russia’s aggression is a crisis and huge costs that jeopardize the timely implementation of the climate transition, as well as the timely achievement of the intended goals.”

“Loss and damage must be part of the central COP27 agenda to address the pressing humanitarian needs of those trapped in a debt-fueled public financing crisis and yet must finance climate disasters themselves. C It’s just plain unfair and unfair, to say the least.”

“Those most responsible for the climate crisis must listen and prioritize climate finance to help prevent disasters and help climate victims recover. The commitments we have made and continue to make cannot make the difference. difference unless we act on it.”

“Double standards are unacceptable. Developed countries should lead the way in working on climate challenges rather than abdicating their responsibilities.

“As many developed countries see fit to wait for their climate finance contributions, these countries were also on both sides of the war in Ukraine and seemed to have no qualms about spending on a war.”

“Given our commitment to advancing the climate agenda in our region and beyond, Bulgaria has already indicated its willingness to host COP29.”

“With its vast land, Africa has the greatest potential to help decarbonize the world by absorbing carbon dioxide through regenerative agriculture that requires less fertilizer and biodiversity-rich reforestation.

“My government is proud to announce that Ghana will initiate projects in these areas, which will tackle both global and national climate change and social issues by providing people with dignified and sustainable jobs.”

“Venezuela is responsible for less than 0.4% of global greenhouse gas emissions. Despite this, our people must pay the consequences of this imbalance created by the main capitalist economies of the world which have contaminated the planet for the benefit of the few. “

“We are, in fact, climate negative. But despite this, we are highly climate vulnerable… Ladies and gentlemen, promises made must be kept. Therefore, on behalf of all children and the next generation , we urgently call on legacy transmitters to do their part to protect the world. My country is doing our part with limited resources and capabilities.

“COVID has decimated our economy, even as we work to rebuild from the climate crisis that is tearing us apart limb by limb. Extreme storms and flooding continue to destroy our crops, homes and infrastructure…

“We should no longer be hostages to fossil fuels. Let’s not let the war in Ukraine be an excuse for us to renege on our renewable energy transition commitments today.”

“Vanuatu, alongside a global coalition of 85 nations, is now calling on the United Nations to review international law in the International Court of Justice to help make better decisions on climate.”

“It is to the G20 countries responsible for 80% of global emissions that we are indebted for our survival.

“Our survival is ransomed at the cost of profit and an unwillingness to act despite our ability to do so.”

For full daily coverage of COP27 delivered to your inbox, sign up for the Reuters Sustainable Switch newsletter here