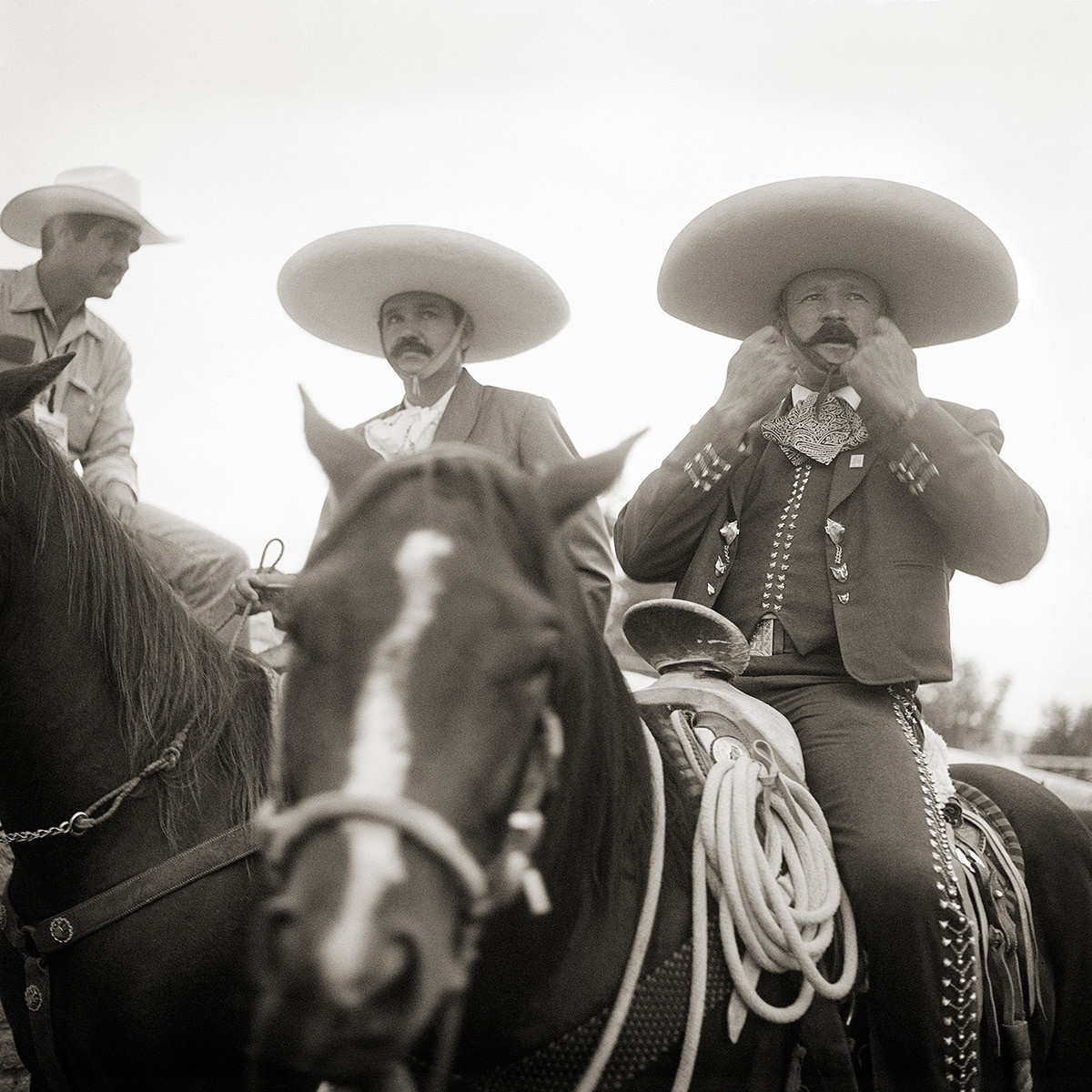 Daniel S. BorrisPhotographs have appeared in The New York Times, Rolling Stone, Smithsonian, The Washington Post, Vanity Fair, GQ, and Esquire, among others. His clients in the advertising and music industries include The Gap, American Express, Sony and Atlantic Records. His work has been honored by Communication Arts, American Photography, The Art Directors Club of New York, and he is a recipient of The Artist Foundation of San Antonio Grant. He has exhibited his work at Blue Star Contemporary Art Museum, McNay Art Museum, Instituto Cultural de México, and Gallery Nord, among others. Daniel S. Borris is an American photographer living in San Miguel de Allende, Mexico. https://dsborris.myportfolio.com

Patricia Lanza: What is the story behind the Mariachis and the Mexican Cowboys (Los Charros)? How do these two connect and the reason for this series together? Daniel S. Borris: I’m far from an expert on Charros and Mariachi history, but if I understand correctly, the Charros (Mexican cowboy/rodeo riders) were born with the arrival of the Spanish and the Hacienda culture. Mariachi music of course has European roots with its instrumentation but comes from the Charro culture. Mariachis were and are the musicians who played at all kinds of celebrations and special occasions. When you go to a Mexican charreada (rodeo), there is always Mariachi music playing. The two go hand in hand to create the experience.
It all started in the state of Jalisco, also the homeland of Tequila (both the city and the drink). For me, these three things go together, Charros, Mariachis and Tequila. It is Mexico that is known all over the world, and when you are in Jalisco you are saturated with the pride of this culture (there are of course the deep roots of the indigenous culture, but that is another story) .

Patricia Lanza: Where and when did you shoot this series, what was your shooting process? (technical info here)
Daniel S. Borris: My friend and great photographer Russell Monk and I worked together on this project. I lived in San Miguel de Allende at the time (and still do), Russell would come down often. We had heard of the International Mariachi and Charro Festival, so being curious guys, we got some press passes and drove to Guadalajara to check it out.
We had collaborated a bit before this trip and it worked out because Russell and I have quite different shooting styles and techniques. He has a fast technique, more of a director/street shooter combo, I’m a slower big camera photographer. My images here were taken with an old twin lens Rolleiflex, a Pentax 6/7 and a Linhof 4×5 field camera. At that time you could still get Polaroid Type 55 positive/negative film. That gave you a 4×5 instant negative of incredible quality. Ansel Adams actually wrote a technical guide and other Polaroid movies. Unfortunately, all of that is gone. I installed the 4×5 on a square located next to a cathedral. We were catching Mariachi as they were walking around. I wanted a very formal, almost turn-of-the-century look for the portraits; serious, proud and formal, this is the story and the atmosphere of Charros and Mariachis. I would place them in front of the stone wall of the cathedral, adding more to the historic vibe that I wanted.

Patricia Lanza: What is the symbolism (form and function) of clothing?
Daniel S. Borris: Mariachis and Charros wear similar clothing, tight pants, short jackets and large sombreros. These all had practical uses for charros, protection from the sun, chaparral, and the elements. Originally, this garment was simple, made of leather and without the adornment that we see today. It was work dress, and in fact worker dress in the Spanish caste system. The more formal style with intricate embroidery and silver came later in the late 19th century and became what we see today. There are different levels of this garment, from the more utilitarian to the stunning peacock versions. And of course, there are many female cavaliers and mariachi musicians, their traditional look is in long skirts.

Patricia Lanza: Where was this series published and/or exhibited? What do you hope to do with this work?
Daniel S. Borris: This work was originally shown in San Miguel de Allende and later exhibited at the Instituto Cultural de Mexico in San Antonio, Texas. It was really the ideal place for this work since San Antonio is such a bicultural city. Since this is a fairly limited work, not a deep dive, I think it would be nice to publish it in a small format, perhaps as a magazine.

Patricia Lanza: What are you currently working on?
Daniel S. Borris: I am currently working on a series of photographs with the working title of Monumental. It’s a recent work that I shot in Europe and the Middle East and it’s a collaboration between me and the Mexican poet Valérie Mejer. She and I previously collaborated on a series I did on the Kudzu vineyards in Georgia. We also worked with poet Forrest Gander on a body of work titled Las Canchas: Ball Courts of Mexico. It was a series of rural Mexican soccer field landscapes.