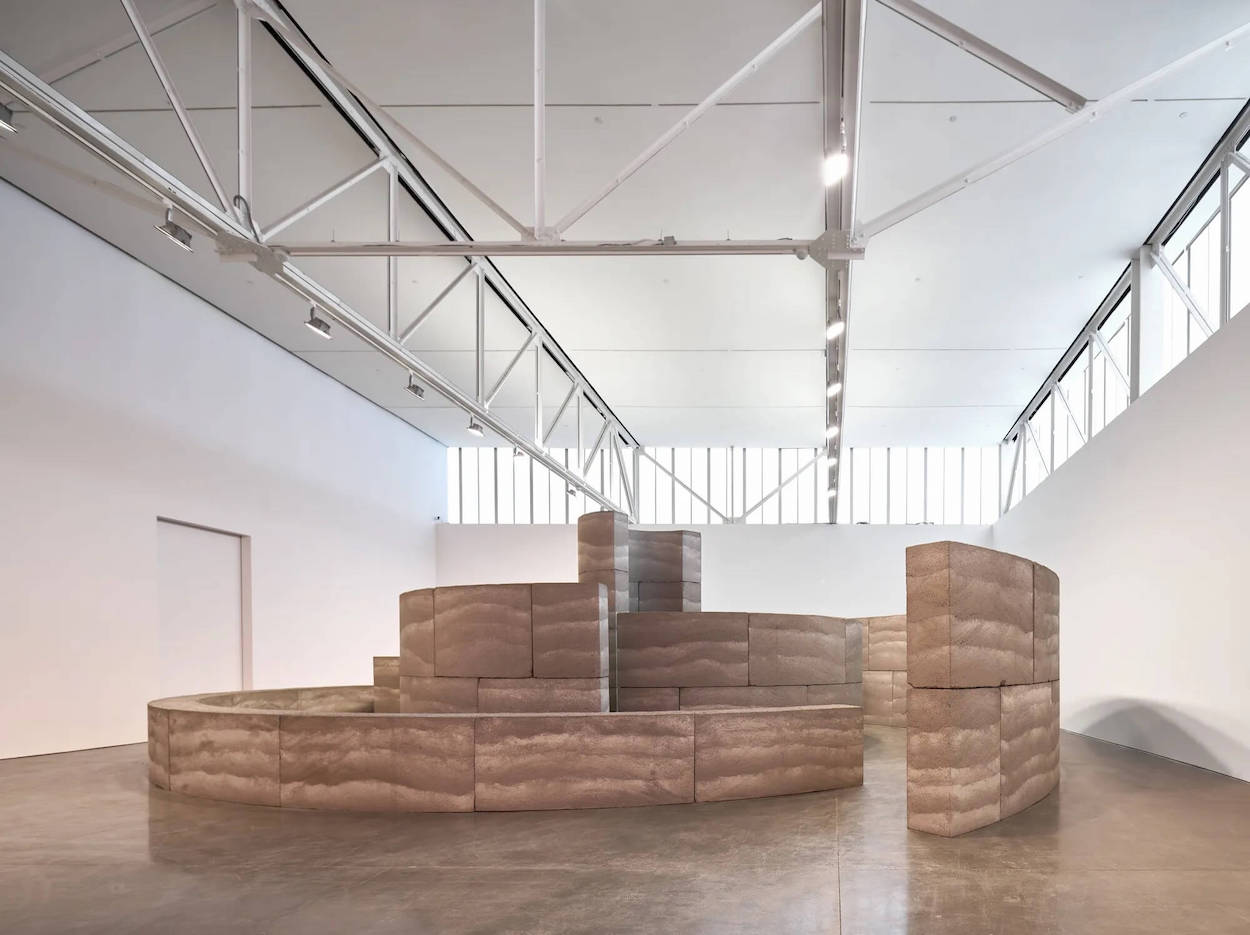 Our daily view of the world through the prism of design.

The Design Dispatch offers essential, expert-written news from the design world, curated by our dedicated team. Think of it as your cheat sheet for the day in the design delivered to your inbox before you’ve had your coffee. Subscribe now.

Got something our readers need to see? Submit it here

The second edition of Counterpublic, a triennial civic exhibition that integrates contemporary art into everyday life in St. Louis, will see David AdjayeThe very first permanent public work of art comes to life. Anchoring the exhibition’s northernmost outpost along the Jefferson Corridor at the Griot Museum of Black History will be a “monumental earthwork” by the Ghanaian-British architect that uses materials from the infamous Pruitt-Igoe housing estate, a historic black neighborhood a few blocks away that was being bulldozed in the name of urban renewal.

James McAnally, artistic director of the triennale, hopes the installation will engage with common memory: “I believe that our current moment of historical and cultural awareness has amplified the issues of public memory and restorative approaches to the future that Counterpublic aims to solve on a national scale,” he says, “and provides the perfect environment to elevate the voices of the artists we have chosen to collaborate with. Aug. 15, 2023 and features over 30 installations by Damon Davis, Steffani Jemison, Yvonne Osei and others.Ryan Waddups

In Christchurch, the community center of Te Pae destroyed by the earthquake has been rebuilt.

The 2011 earthquake in Christchurch devastated New Zealand’s second most populous city, destroying vital infrastructure and thousands of homes, buildings, cars and cultural landmarks including the convention and exhibition center of Te Pae. Under the direction of arts, culture and heritage advocate Puamiria Parata-Goodall, the new Te Pae opened nearly 11 years later with a fluid form inspired by the country’s famous Southern Alps. Local firm Warren & Mahoney teamed up with Australian architects Woods Bagot to design the new structure, whose exterior consists of 43,000 numbered and individually manufactured face tiles. Inside are a 1,400-seat auditorium, exhibit hall, and event spaces. In the lobby, wooden features pay homage to the island nation’s lush forests.

From concept to creation, a set of core principles that represent both Maori and Pākehā (white) New Zealanders guided the process: “Whakapapa” (identity and connection to place); ‘Mana Motuhake’ (independence and autonomy); “Manaakitanga” (charity, hospitality, reciprocity and respect for others); ‘Ture wairua’ (faith); and ‘Mahinga Kai’ (growing, gathering and using food). —Nate’s story

A building designed by SANAA will soon open at the Art Gallery of New South Wales.

“The long-awaited Art Gallery of New South Wales (AGNSW) modern Sydney project, the biggest cultural development to hit the Australian city since the 1973 inauguration of its namesake opera house, now has a official opening date of Dec. 3. A massive – and sometimes controversial – $243 million project not only involves a refresh of AGNSW’s existing historic home – it includes a total relocation of its 36,000-item collection to better reflect its scale and diversity – but also a new museum building designed by the Pritzker Prize-winning SANAA.[H/T The Architect’s Newspaper]

“The spirit and memory of André Leon Talley, the groundbreaking creative director, fashion designer, journalist, memoirist and media personality who died in January at the age of 73, was celebrated Friday at a memorial at the Abyssinian Baptist Church in Harlem A who’s who from the fashion world was on hand to pay tribute to the famous black editor.[H/T Vanity Fair]

The NFT SuperRare Marketplace will open a brick-and-mortar gallery in Manhattan.

“A few years before NFTs captured global attention, the SuperRare NFT Marketplace held pop-up art exhibits at major tech conferences like DevCon. People were mostly confused and indifferent. We’re on the point to see how times have changed. SuperRare plans to open a gallery at 417 West Broadway in SoHo, New York, on May 19, the company announced in a press release Thursday. The theme for the first exhibit is science fiction and futurism, and it will feature a curated selection of 15 SuperRare NFT artists.It will run until August 28. —[H/T The Defiant]

A Barcelona housing co-op that had been in existence for less than a year when Spain imposed one of Europe’s toughest lockdowns has won a prestigious architecture award after its community living model flourished during the pandemic. The wood-frame La Borda project of 28 apartments and several shared spaces won the prestigious Mies van der Rohe Award for Emerging Architecture for a project that the awards committee described as “a transgressive model…based on co-ownership and co-management of shared resources and capacities.’ —[H/T The Guardian]

“Three glass sculptures by artist Ai Weiwei were snatched from an exhibit at a gallery in Hamburg, Germany, in a daytime robbery. Local authorities are still appealing to the public on Friday for any information that may drive to the robber at the Lumas Galerie, located on the city’s upmarket shopping street, Neuer Well…. The artworks – red, yellow and orange reproductions by the artist’s hand – were listed each for €9,500 (about $10,000) on the Lumas website.The trio refers to the famous series of photographs by the Chinese dissident artist, Study of Perspective (1995-2017), in which his middle finger is raised towards monuments and politically charged sites around the world.[H/T ARTnews]

This chipper bird-shaped monitor falls dead when the air quality in your home is poor.

This is how the AI ​​rendered Harry Potter characters based on their book descriptions.

Logitech gives the computer mouse a ergonomic rotation with a new vertical design.