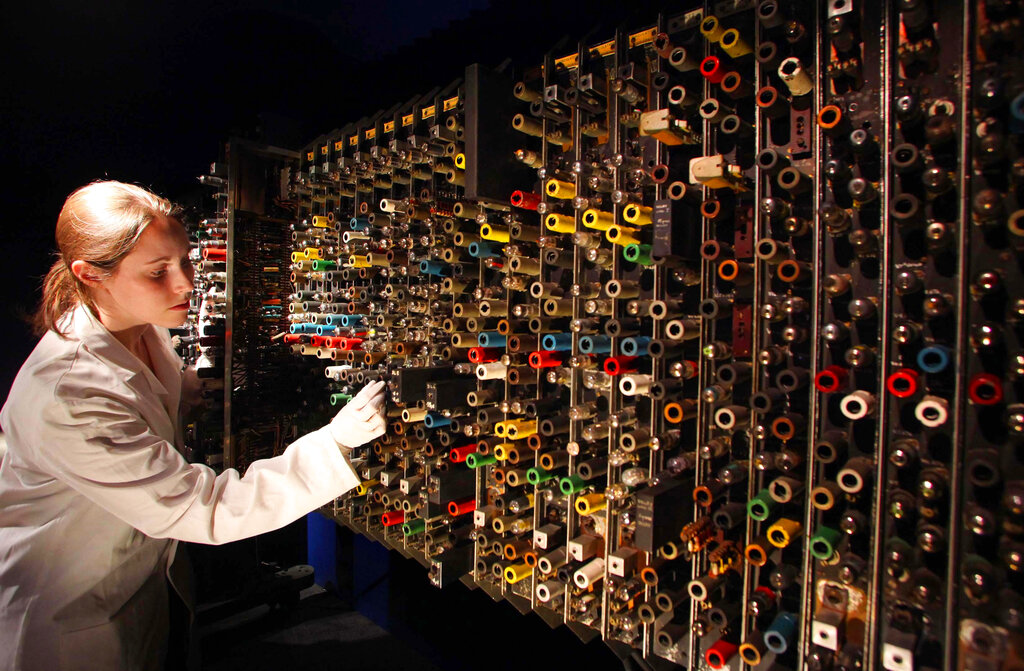 To get Morning Links delivered to your inbox every weekday, sign up for our Breakfast with ARTnews newsletter.

INDOOR WORK? New York officials have obtained an arrest warrant for an antique collector Georges Lotfi for possession of stolen goods, New York Times reports. They seized two dozen items from Lofti’s possessions which they believe were looted, most of them mosaics from Syria and his native Lebanon. The collector, who had tipped off investigators about illegal trafficking in the past, denied any wrongdoing. He is still at large, but did an interview with the Time, and said, “I fought with them for 10 years to stop the illicit trade, and they turned on me.” In the past, Lofti has apparently invited law enforcement officials to view some of what he has stored in Jersey City, New Jersey; Authorities say his efforts to cultivate a working relationship with them were aimed at shielding his own activities from suspicion.

WIN A VICTORY. Some students at imperial college london recently said they weren’t a fan of a sculpture that Anthony Gormley proposed for the school ground, arguing that it has a “phallic” quality (you can click and decide), but another British school will soon welcome a new Gormley, the art diary reports. Cambridge City Council has approved an installation plan to king of college a 12ft tall piece of the British superstar – an abstract body made of cubic shapes – which aims to commemorate the famous 20th century mathematician Alan Turing, who was persecuted for being gay. This play had also generated some controversy, with historic england representatives stating in 2020 that it would “harm the special character” of the school.

A shooting at Indian Museum in Kolkata on Sunday killed a police officer and injured another. A soldier suspected of having opened fire was arrested. [ArtReview]

The first part of a two-part expansion of the Motown Museum in Detroit is over. On Mondays, stars like Smoke Robinson and Otis Williams visited to toast the event. [The Associated Press]

In his latest dispatch from Ukraine, the spokesman Jason Farago examines how museums worked to safeguard their collections as war approached. “We had to start from scratch”, photographer Roman Metelsky, who was part of those efforts, said. “We were asking for packing materials. For financial support. [The New York Times]

Benjamin Keatingthe last show Tripoli Gallery, in Wainscott, New York, features sculptures that incorporate bonsai trees. Doing business with “famous bonsai trees” was not easy. “It’s like they don’t want to talk to you,” he said. “They don’t want to deal with you.” [The New Yorker]

The Manhattan home of Stacey Bendetthe fashion designer who founded the Alice + Olivier brand, and her husband, an investor Eric Eisnerhas a gargantuan Francesco Clementworks by Julian Schnbael and Ron Gorshov (among others), and a dining table designed by Lola Montes Schnabel. [Architectural Digest]

IN LIVING COLOUR. The Adventurous Art Dealer Magda Sawonnomad co-founder postmaster gallery in New York, sitting in the hot seat during Braked and answered his “21 questions”. The color that attracts him the most? “Blue, super-extreme Diana Vreeland navy blue to yves klein blue to a cloud where the whiteness is affected by a very small amount of pigment,” Sawon said. “My favourite film is Blueby Derek Jarmanwhich is nothing but blue for 60 minutes. [Curbed]