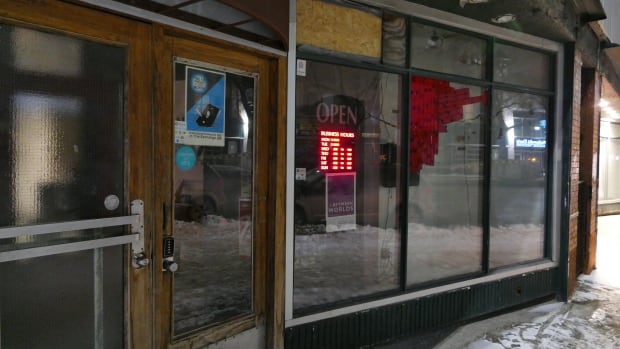 A shattered window breaks some hearts at the Edge Gallery and the Urban Art Center as they figure out how to pay for more damage to their Main Street art space.

Elise Nadeau, the centre’s director, recounts that someone threw a stone out of the gallery window on Christmas Day. She said she was returning from a Christmas dinner at Red Road Lodge when she noticed the damage.

“It’s dishearteningâ€¦ to come back from serving the community and just having that Christmas spirit, just coming over there and seeing that stone thrown out the window again, it’s like there is still thousand dollars, â€she said.

The Edge Gallery and Urban Art Center operates a ceramic gallery and studio at 611 Main Street, between Logan Avenue and Alexander Avenue.

Nadeau said this had happened four times in 2019 and three times the year before.

The costs are really starting to weigh on the budget of the small nonprofit arts organization because it cannot insure its windows, she said. They ended up paying for the damage using the money raised for their programming and operations, she said.

â€œFor a small, non-profit business like us, that money could be so much better spent paying a student, paying artists to do exhibitions,â€ she said.

To help cover this latest damage, the gallery launched a Go Fund Me campaign. As of Thursday night, it had raised $ 700.