In the footsteps of Ambroise Vollard 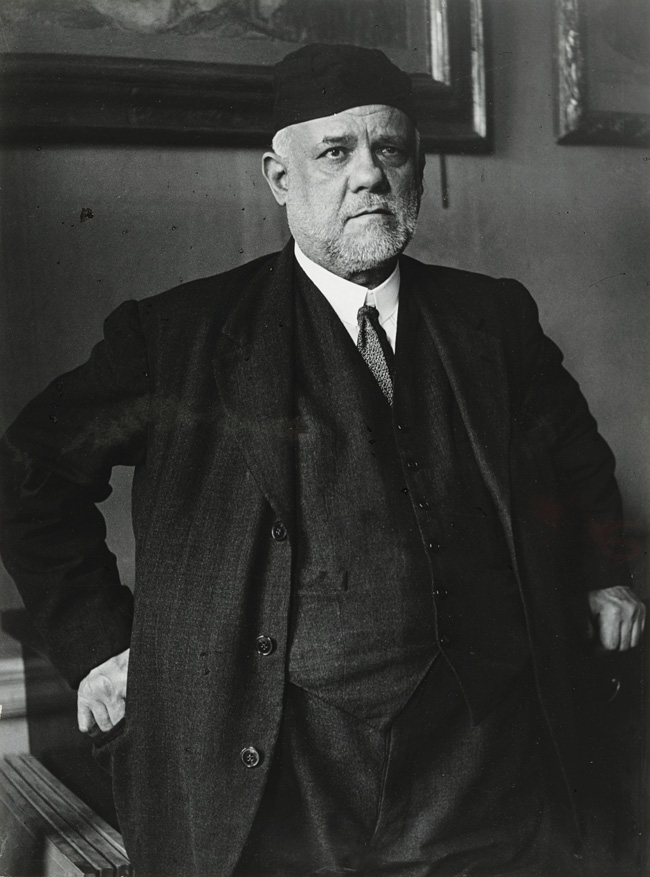 In the footsteps of Ambroise Vollard

From humble beginnings in Reunion, Ambroise Vollard became one of the most important art dealers France has ever known, as Hazel Smith discovers.

At first glance, the dusty windows of the shop on rue Laffitte were of little interest, but on closer inspection they revealed perhaps a small painting by Cézanne, Gauguin or Bonnard. By day the shop was dark; at night, a flickering lamp revealed a dusty room with canvases rolled up and images piled from floor to ceiling, and at its center, apparently asleep, Ambroise Vollard.

Highly influential in the French art world, Vollard was an art dealer whose influence spanned the 19th and 20th centuries. He represented a wide range of artists, including impressionists Renoir and Degas, post-impressionists Cézanne and Gauguin, and the avant-garde of the new century.

Born in 1866 in the French colony of La Réunion, the island’s tropical environment accustomed Vollard’s eye to bright colors and combinations. He collected butterflies, feathers, seashells and shards of colorful pottery and, as the eldest of ten children, he learned early on how to protect his possessions.

Vollard arrived in Paris at the age of 21. More interested in window shopping on the Seine booksellers that in law studies, he found work as a gallery assistant at the Union Artistique where he was confronted with the cliché that “the Impressionists do not know how to draw”. Montmartre captivated Vollard and he spent his evenings at the Chat Noir and the Café du Tambourin. Living day to day in his garrets, he began selling his own small art collection. With a trusted banker behind him, Vollard set up his own gallery in the heart of the Parisian art world. In 1893, rue Laffitte was a place of pilgrimage for young painters. His first successful exhibition was in 1894, when he shrewdly convinced Édouard Manet’s widow to allow him to sell the artist’s drawings and unfinished works.

Time-worn and tired of Impressionism, Renoir instead suggested that Vollard assist the talented Post-Impressionist Paul Cézanne, whom Vollard found to be a reclusive and depressed middle-aged man. He bought 150 canvases from the artist at a modest price, with the idea of ​​reselling them at a significantly higher price. It is said that the future of modern art began in 1895 when Vollard exhibited the brightly colored works of Cézanne. Vollard believed that Cézanne was the greatest painter who ever lived: trusting his eyes instead of relying on theory, Cézanne reversed the trend of academic stagnation towards freer paths. Vollard’s influence brought Cézanne recognition and financial success throughout his life.

Vollard also invests in the works of Gauguin, a man he describes as a “great arrogant oriental prince”. He accepted regular purchases to secure the artist’s Tahitian lifestyle. Much to Gauguin’s chagrin, Vollard was shipping tubes of paint instead of money. Visiting Gauguin in his barn-like studio, Vollard saw three Van Goghs above the artist’s bed – and later mounted Vincent Van Gogh’s first retrospective exhibition, containing such masterpieces as The Potato Eatersand Wheat field with Crows. But 19th century audiences did not accept easily. Vollard observed, “I was totally wrong about Van Gogh! I thought he had no future at all, and let his paintings go for next to nothing.

Once financially secure, Vollard was able to devote time to promoting young artists. In 1901, at the age of 19, Picasso visited Vollard with a selection of the 100 paintings he already had in his name, with a view to exhibiting. Ahead of its time in terms of taste, the show was not a success. Six years later, Vollard is left speechless by the revolutionary cubist work of Picasso Lady of Avignon. The Nabis, young “prophets” of art, including Maurice Denis, Pierre Bonnard, Édouard Vuillard and Félix Vallotton, depended on Vollard for their subsistence. Vollard clung to other members of the artistic avant-garde, including the Fauvists Braque, Matisse, Rouault and Vlaminck. Vollard represented the avant-garde of Parisian artists: it took a genius to choose a genius.

Opinions on Vollard were widely divergent. Some, like Henri Matisse, complained that the merchant exploited them, equating his name with the French word for thief, thief. Vollard said of Matisse “M. Matisse is a very dangerous man because he has an excellent memory”.

Others appreciated his loyalty and generosity. Cézanne will be eternally grateful to Vollard for bringing him out of obscurity. Renoir was a lifelong friend, although he sometimes had to kick the nosy Vollard out of his studio.

Pissarro thought Vollard was a moth drawn to the flame of artistic genius, but the imperturbable merchant was not one to burn out.

By buying low and selling high, Vollard could keep artists’ works for years. His artists urge him to speed up a bit. A stubborn man, Vollard had infallible taste and knew when the time was right to sell. His lazy strategies have become his modus operandi. Picasso was impressed by Vollard’s sales technique. Vollard annoys buyers with its unnecessary delays. His tactic was to pretend to nap in his chair so he could listen to his customers without being obviously interested. The psychology of selling was more important than the focus on price, but if he felt he was being put down, he would manage to push the price back up.

Described as a gruff and rude man, writer and collector Gertrude Stein also described him as a “huge, dark man”. Subject to sudden mood swings, Vollard was an amusing storyteller but often fell into a morose silence. He was also patient and gentle, endearing qualities captured by Bonnard’s 1924 painting, Ambroise Volard with her cat.

Portrait of Ambroise Vollard with his cat by Pierre Bonnard

Picasso joked that Vollard had more of his portrait painted than any beautiful woman. Indeed, Bonnard, Cézanne, Renoir and Rouault all captured his image. “I think they all did it out of a competitive spirit,” Picasso said. “Each one wanted to do it better than the others.” In 1910 Picasso himself painted a multi-faceted portrait of himself, bragging, of course, that it was the best, but left the public wondering what it meant.

Renoir painted Vollard as a toreador in 1917, robbing him of Picasso’s Spanish thunder. “All I ask of you is that you don’t fall asleep,” Renoir implored. Many artists gave him the same warning. Cézanne wanted Vollard to be as inert as one of his apples.

Artistic license abounds in Vollard’s 1936 memoir, Memories of a painting dealer, but it gives insight into the lives of the artists as the biographies of the artists reveal that of Vollard. No romantic entanglements are included in his biography: Vollard’s family were his artist friends. The cellar of his gallery becomes the Cave de Vollard, where he deals with the usual subjects of his specialty of Reunionese chicken curry. Other people quickly begged to be included. The fame of his dinners spread even in the foreign press. The imposing Rodin appeared in this speakeasy-like setting. The dean of French arts, Misia Natanson, is also making her debut. Renoir brings with him a woman disguised as a nun. For 30 years, the famous Vollard cellar was a center of Parisian artistic life.

Anonymous photo of Ambrose Vollard, mid-left with diners in his famous cellar,

In 1918, a rival picture dealer sang: “Vollard, the richest dealer in modern pictures. He is ten times a millionaire! “. Known for their priceless collections, Vollard’s clients included self-taught millionaire chemist Albert C. Barnes, whose collection was the pride of Philadelphia, as well as Gertrude Stein and her brother Leo. In fact, Vollard quickly became Stein’s go-to source for all things “modern.” According to Vollard, nothing was more alive than Gertrude’s conversations and, he noted, her eyes sparkled with intelligence.

Some art critics thought the Great War would put an end to Cubism, but it seemed to have the opposite effect. Paintings were commodified, like wine or scrap metal, and the trade in art flourished. Collectors became more ardent and Vollard bought paintings by unknown artists wholesale. At the time of his death, his mansion on the rue de Martignac was stuffed to the rafters with a priceless assortment of works of art. But Vollard never drew up a complete inventory – or declared an heir.

Portrait of Vollard by Cézanne, 1899 at the Petit Palais

A strange competitor presented himself in the form of Erich Slomovic, a young art enthusiast who had corresponded with Vollard throughout his teenage years. In 1935, Vollard offered the then 20-year-old Yugoslavian a job and inexplicably gave him more than 500 paintings. Vollard died in July 1939 at the age of 73 when his limousine crashed en route to Paris from his home in Tremblay-sur-Mauldre. Fellow merchant Martin Fabiani was executor of Vollard’s estate and attempted to divide the collection between Vollard’s brother Lucien and Madeleine de Galéa, a family friend.

However, with the Nazis moving on France, Fabiani quickly removed most of Vollard’s inventory. The National Gallery of Canada retained some intercepted paintings, but other works suffered a different fate. Slomovic deposited some 141 canvases in a Parisian bank vault and returned with the rest to his native Yugoslavia.

He died during the Holocaust, killed in the Cuprija detention camp, and the works ended up in the National Museum in Belgrade where their ownership is disputed. When the languishing coffers of the Parisian bank were finally torn out in 1979, no less than 15 litigants showed up, eager to claim the loot of paintings by Renoir, Degas, Gauguin, Cézanne, Matisse and Picasso. A three-decade legal tussle was finally settled in 2006 in favor of Vollard’s descendants. Unsuited to the friend and promoter of the best artists in history, the legacy of Ambroise Vollard came to an unfortunate end. 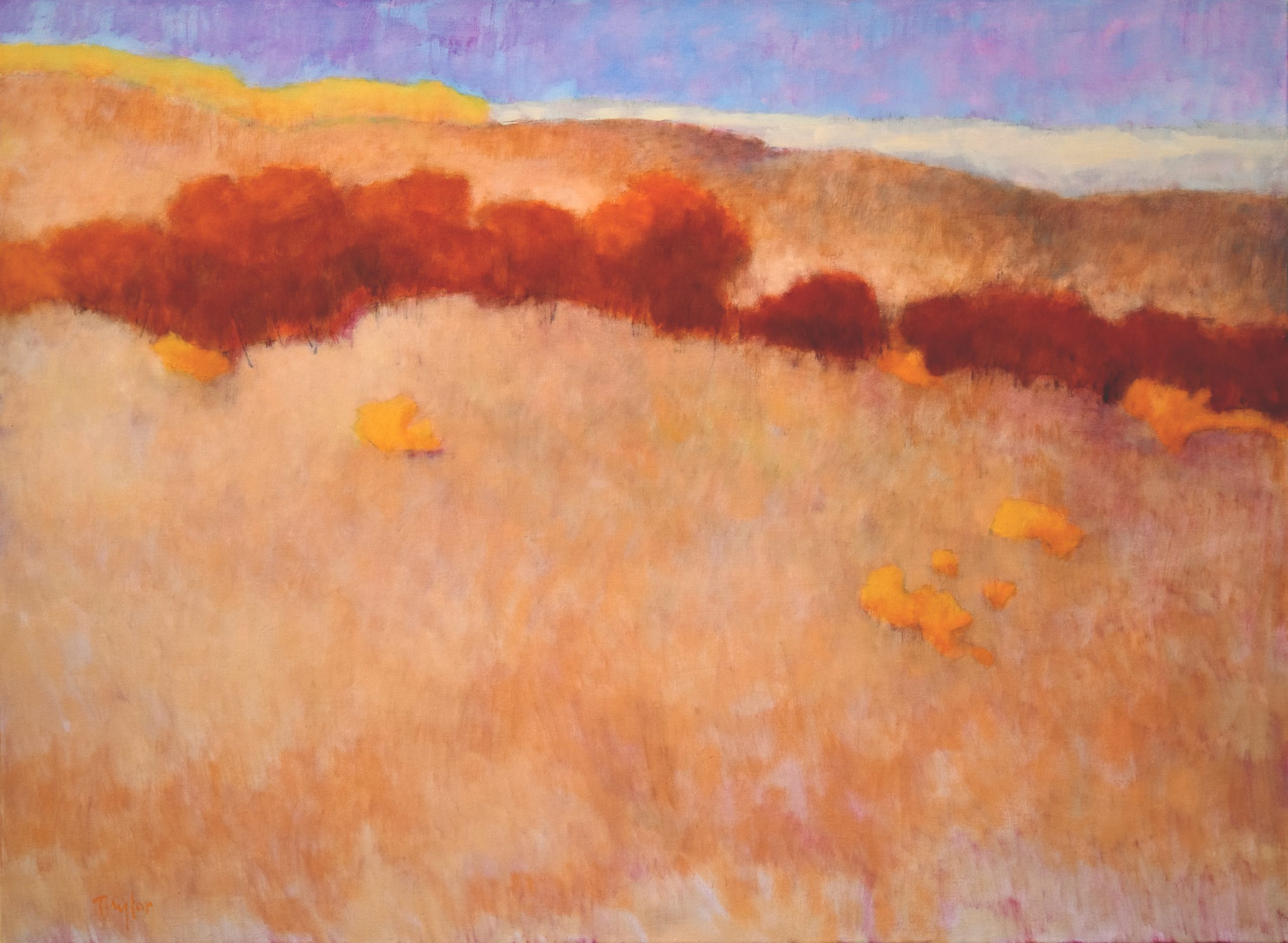 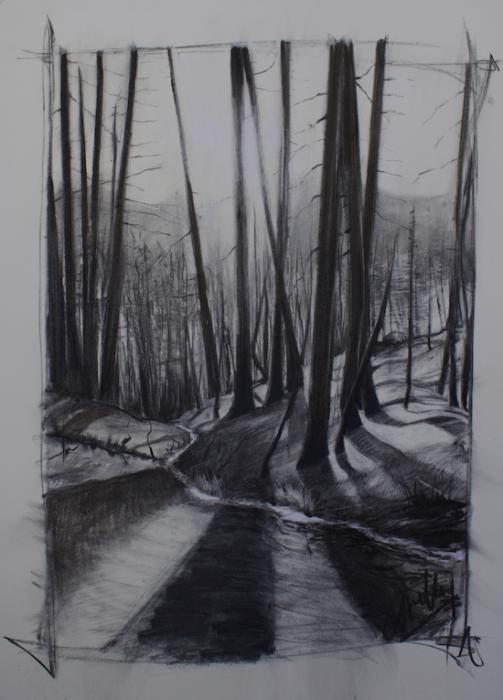