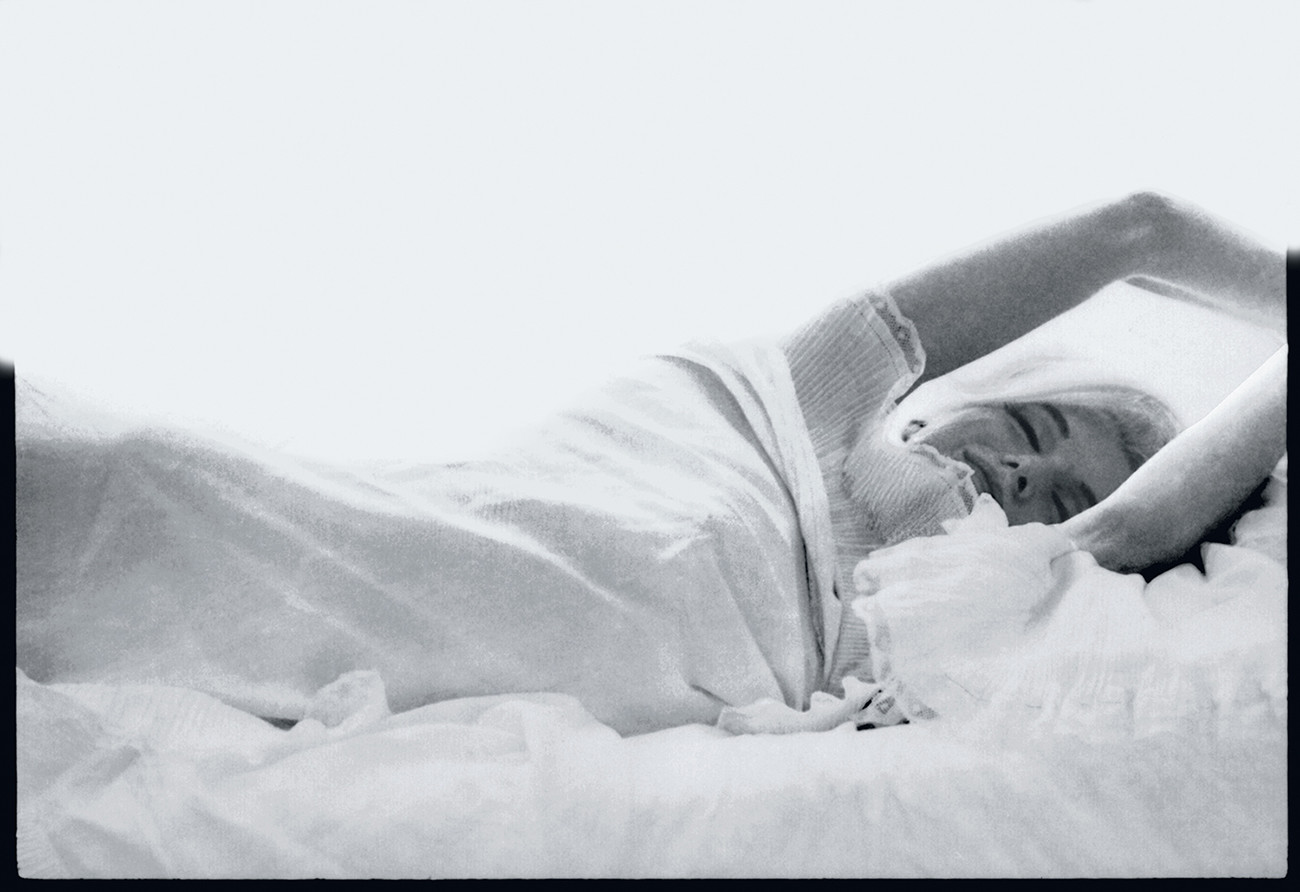 (…) The phone rang.
Out of my reverie, I grabbed it. The voice said, “Miss Monroe is here.” “Is she already here?” I could not believe it. It was 7 p.m. She was only five hours late.
I slowly put the phone down and took a deep breath. Well, Bert, that’s it. I wanted to see her first, before the others, so I said, “Okay, everyone stay here. I’ll be right back.” And I walked through the door.
As I descended the stairs to the reception hall, I was surprised to see a girl walking towards me on the path between the trellises, alone. A scarf covered her hair. I expected her to be flanked by press officers and bodyguards and god knows who else. His public relations manager, Pat Newcomb, was supposed to be there for the session. But no. She had come alone.
The sun was setting behind the Hollywood Hills, and the girl next door, the girl every man dreams of, was walking slowly towards me in the golden light. I approached her.
She was a total surprise.
She was not another woman, voluptuous, aging.
She had lost a lot of weight and this loss had transformed her. She was better than the full-bodied, almost over-the-top girl I’d seen in the movies. In her pale green slacks and cashmere sweater, she was slim and trim, with just the right amount of softness in all the right places – it was all hers. She had wrapped a scarf around her hair and she was wearing no makeup. Nothing. And she was gorgeous.
I expected – feared – an elaborate imitation. No. She was the real thing.
“Hi,” I said, “I’m Bert Stern.” I offered him my hand. She took it and I looked her in the eye. They were blue, green-blue.
I forgot my wedding, my baby, my dream life in New York, everything but this moment.

I was in love.
I took a deep breath and said, “You look beautiful.”
She looked me straight in the eyes, parted her lips and said, “Really? What a nice thing to say. Another surprise: his voice. It wasn’t the breathy little baby voice you hear in his movies. It was more natural, yet distinctive and feminine. She was natural. Not one of those Hollywood stars that was out of my reach, but a real flesh-and-blood girl named Marilyn. I had nothing to fear from her. . . expect her to disappear before my eyes now that I had found her.
I had a camera to make sure that wouldn’t happen.
“I built you a studio,” I told him as we climbed the stairs to the suite. I opened the door for him. She crossed the threshold, said hello to George and Jim, and looked around at the white paper, the waiting lights. The familiar props from a photography session seemed to put her at ease. She explored the room like a cat in a new home.
“Is there a cloakroom? she asked me.
I showed her the room. She sat down in front of the dressing table, took off her scarf and tossed her hair. She was white, almost silver blonde. I looked at her in the mirror.
His eyes met mine in the mirror. “What do you want me to do?” she said. “Are you in a hurry?” I said.
“No why?”
“I thought you were going to have about five minutes.” She said, “Are you kidding?”
I said, “Well, how long do you have?” “As long as we want!”
I looked at her and saw that it was true. She had nothing else to do. She wasn’t going anywhere. She was here.
“That calls for champagne,” I said.
I opened a bottle of Dom Pérignon and poured two glasses. We have drunk. (…)