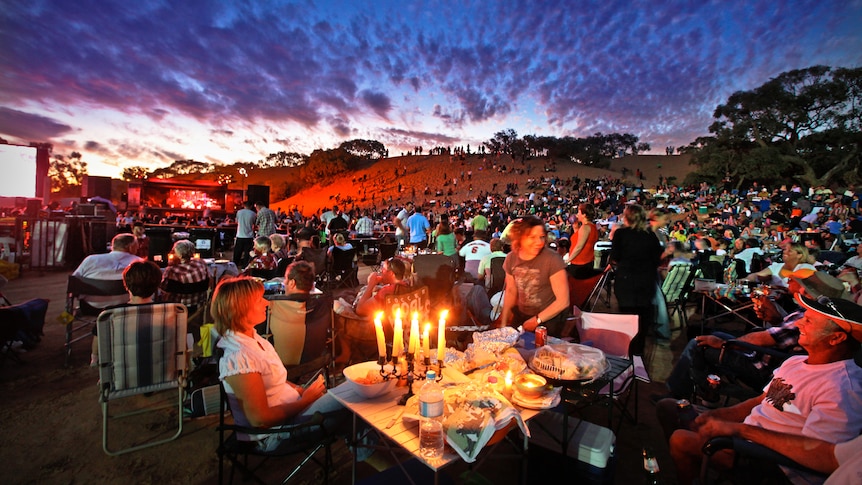 Mildura has long been seen as a thriving contemporary art destination, but the future of the city’s cultural scene is causing great concern with the closure of its last shopping mall.

The closure of the Mildura Art Vault means that local artists no longer have space to exhibit their work, access to a studio or, more importantly, a gallery to sell their work.

This sparked a passionate plea from Arts Mildura director Dean Worthington to save his long-standing and internationally respected arts organization.

â€œI think the closing of the Art Vault definitely marks the end of an era,â€ said Worthington.

â€œFor over a decade this has been incredibly important to Milduraâ€¦ it has provided a vehicle of inspiration and a place for people to go and connect with art.

“Its closure is going to have a huge impact.”

The Art Vault opened 13 years ago, after local philanthropists Julie and Kevin Chambers invested in a multi-million dollar reconstruction of one of Mildura’s last art deco buildings.

The result has been a state-of-the-art gallery, studio workspaces and print works, with the installation also supporting national and international artists in residence.

The closure of the Art Vault also silences an original century-old English printing press, which once belonged to the internationally renowned master lithographic engraver Fred Genis, who worked with greats like Brett Whiteley, John Olsen, Lloyd Rees and Charles Blackman to never quote them. just a little bit.

This is just the latest in a long string of closures across the region, from galleries to college courses and festivals, but the major loss to the region, for the most part, has gone unnoticed.

“No vision” in politics for the arts

Ms Chambers reflected on what she said was a slow decline in public investment in the arts and arts education.

She says the government is failing to recognize the essential role art plays in our cultural and community identity, as well as the economic benefits for regional tourism and the well-being of the community.

â€œI am very sad about what has happened with the arts here,â€ Ms. Chambers said.

“When I first came to Mildura there were so many different events, there was opera near the lock, Perry Sand Hill concerts, there was so much going on in the arts , and it was a vital and lively place, â€Ms. Chambers said.

“I feel like the arts are no longer valued. We don’t have anyone in politics now with a vision for the arts.”

Gone are the many community events and street festivals that have brought dynamism and economic stimulation to the region.

Remaining events depend on declining government funding and the lifeline of philanthropic support from a few members of the community.

â€œOur philanthropic support has always been generousâ€¦ and sadly it just isn’t sustainable for a few people to fund the arts for an entire community,â€ said Worthington.

â€œOur government funding at all levels is far from being equitable for the regional regions.

Mr Worthington said a three-week festival in Melbourne received $ 4 million, while regional arts organizations only had $ 118,000 to run multiple events throughout the year while still supporting the additional costs of remote logistics.

“Hang on by a thread”

Arts Mildura is grateful for the government funding they have received, noting $ 50,000 in funding from Live Music Australia.

However, of the $ 167.4 million in funding available through the Australian Council’s COVID Relief Fund and the RISE program through the Arts Office, only $ 7,000 of that funding has gone to fund the arts in the region of Australia. Mallee.

The Mallee represents almost a quarter of the state of Victoria, but the funding provided does not reflect the size or diversity of the region it covers.

Local, state and federal ministries were contacted for comment, with the federal government not responding to questions posed by the CBA, providing statistics dating back to 2016, which did not explain why the Mallee region was only funded. of $ 7,000 of the $ 167.4 million in available funding. .

“It is the same response from the federal government that is always given and is nothing more than a jumble of figures, none of which really recognizes the inequity with which the regions are confronted”,

With regional towns reopening after prolonged shutdowns, the community seeks an arts-focused recovery, but without more government support, Mr Worthington fears for the future of the organization he heads.

â€œAt the end of the year, Arts Mildura will be the only non-governmental professional art [and events] organization has remained in the region, and we are hanging by a thread, â€he said.

In his open letter, he said: â€œOur region is one of the worst arts funded regions, not only in Victoria but nationally as well, and our local economies are suffering.

Not one to give up without a fight, Worthington calls on government and funders to â€œfairly fundâ€ the creative industries.

His optimism is clear when he talks about the potential of the region’s vast landscapes, despite Arts Mildura’s precarious future.

â€œThe Mallee sits on some of the most extraordinary natural canvases. We have everything from the Great Wall of China at Mungo to Australia’s largest waterway,â€ Worthington said.

“We are sitting at the edge of the mythical interior of the great Australian outback.”

Mr Worthington says Arts Mildura has developed a comprehensive strategic plan for the next four years, “the most thoughtful and ambitious in the history of the organization”.

However, the best-developed plans require more than government funding and philanthropic support.

â€œWe need our local communities to come and support us, so that [could be] come in and buy a ticket or follow us on social media, or just stand up for the fact that this region has a thriving arts sector, â€Worthington said.

When asked if the arts movement is still alive and well in the regions, Mr Worthington’s response was one of conviction and sheer determination.

â€œThe arts are still alive and wellâ€¦ I just think we need some support,â€ he said.

“I think the future is incredibly brightâ€¦ if we can get what we need to create a beautiful, thriving regional arts community, that will be something everyone can be proud of.”