Myonghi Kang: The artist who spent three decades on a single painting 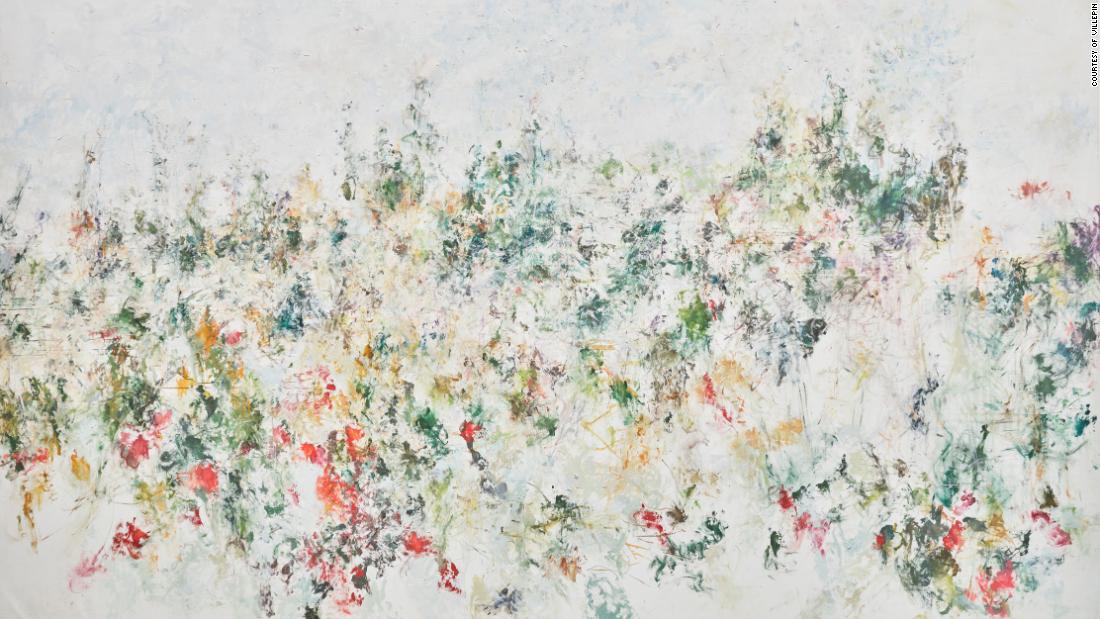 Myonghi Kang: The artist who spent three decades on a single painting

It was at the end of the 1980s that the South Korean artist Myonghi Kang began working on his painting “The Time of Camellias”. Living at the time in the 19th arrondissement of Paris, she periodically revisited the then vertical canvas to add touches of color or floral shapes.

“I would go back to painting with all these questions in mind and travel memories,” she recalled, via a translator, in a telephone interview.

But the painting never felt finished. Kang eventually gave up on her creation, and it wasn’t until she took it to Jeju Island in South Korea in 2007 that she felt inspired to revisit the artwork – and change its orientation to that of a conventional horizontal landscape.

â€œIt wasn’t until I brought the painting to Jeju in the spring that I had the courage, after 10 years, to rework it,â€ she said. “I had a lot of camellias in my studio, so I started to bring in all the elements I saw around me.”

It will be another decade before the ethereal painting, now on display at the Villepin Gallery in Hong Kong, is complete. As such, the work portrays not only the vibrant flowers to which its title alludes, but the passage of time itself.

â€œI can’t really explain,â€ Kang said. “I just felt like this painting had to be done like this. I trusted the timing – to know the right time for me to paint the different parts until I was done.”

“I wouldn’t dare say that I paint the weather – that would be very arrogant – but the weather is in what I paint, â€she added later. â€œI let myself be carried away by time. I obey time, but don’t try to manipulate it. ”

This impulsive approach is typical of Kang, whose quietly radiant art reveals his complex relationship with nature. Now, in the mid-’70s, she can spend years on one piece, her often gentle brushstrokes believing a process she described as “very, very intense.”

â€œI just look at the paintings and feel like they’re not finished. And it can even be hard to sleep,â€ she explained. â€œThey always move and progress, and sometimes I never feel like they’re over. Sometimes I wish I could have a drink and forget about it, but that’s not possible. I always need to. to try to solve the little things that I see in front of me every day. ”

Suddenly enough, however, the compulsion to sign – and therefore finish – a painting will hit her “like lightning,” she said.

“It’s not something that I anticipate or know rationally. It’s spontaneous.”

While Kang’s absorbent paintings seem abstract at first, they are often grounded in the world around him. But while his creations resemble landscapes, they never represent a single specific scene, but rather an amalgamation of sights, memories and sensations.

â€œEvery moment, from when I wake up until the moment I start working, is part of painting,â€ said Kang, who is also known for writing poetry. “And memories – maybe 10 years ago – of watching camellias, for example, will also be incorporated.

Related video: How do you fall in love with art?

“There isn’t one figurative way to express what I’m painting. It’s the accumulation of observations – trying to capture the sky, for example – and really capturing the ‘whole’, rather than ‘a specific camellia or a certain rock. ”

Spread over three floors in Hong Kong, Kang’s latest exhibition brings together works from the past decade, including the aforementioned “Le temps des camellias”. Spending time with the canvases helps put the artist’s subject out of focus – whether it’s the orange blossom, a nearby optician’s house, or the clouds swirling in a pale blue sky – sharper.

The gallery owner behind the show, Arthur de Villepin, believes that the beauty of the work lies in the small “details” observed in his company.

â€œYou see the different layers, and you see that sometimes the brushstrokes will be sharp and quite quick and represent a certain part of his personality,â€ he said on the phone from the south of France. “Or sometimes the colors will be very vivid. Then at other times the colors fade, and this ability to bring different lives to different times … that’s what I found amazing.”

With natural sounds played through hidden speakers, the exhibit serves to transport visitors away from the bustling surroundings of downtown Hong Kong to the bucolic island of Jeju, where Kang – who lives and works between Korea South and France – still painted.

â€œIn our mind, nature is made up of grass, trees and flowers,â€ said Kang, when asked about her relationship to her surroundings. “But nature is everything. Nature is people, it is a city, it is history … Nature is a bridge to allow dialogue between all things.”