The National Gallery of Canada creates a department for decolonization – ARTnews.com 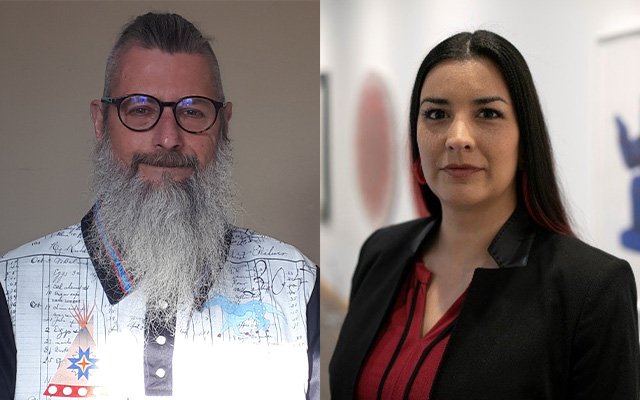 The National Gallery of Canada creates a department for decolonization – ARTnews.com

As part of a desire to better represent Indigenous culture in art institutions around the world, the National Gallery of Canada is committed to reinventing its collections and programs from a decolonial perspective. Today, the museum announced the creation of the Department of Indigenous Ways and Decolonization, which will be led by Michelle LaVallee as Director and Steven Loft as Vice President. The two will begin their terms on March 21 and February 7 respectively.

“Steven and Michelle will guide the Gallery’s work to deepen its relationship with Indigenous communities and nations, locally, nationally and internationally, and lead the work of decolonization and reconciliation through all of the Gallery’s activities,” said said museum director and CEO Sasha Suda in a statement. declaration.

Loft (Kanien’kehá: ka, commonly known as Mohawk) most recently served as Director of Strategic Initiatives for Indigenous Arts and Culture and Director of Creating, Knowing and Sharing: The Arts and Cultures of First Nations, Inuit and Métis, a program run by the Canada Council for the Arts. A curator, writer and multimedia artist, he co-edited the books Transfer, Technology, Tradition: Indigenous Media and New Media Art (Banff Center Press, 2005) and Coded Territories: Indigenous Journeys in New Media (University of Calgary Press, 2014) and was Curator-in-Residence, Indigenous Art at the National Gallery of Canada.

LaVallee (Ojibway) is currently the Director of Crown-Indigenous Relations and Northern Affairs Canada’s Center for Indigenous Art, the country’s oldest and only federal heritage collection dedicated to Indigenous art. Previously, she was curator at the MacKenzie Art Gallery in Regina, Saskatchewan, where she curated “Moving Forward, Never Forgetting” (2015). This show addressed “the personal, intergenerational and cross-cultural effects of the aggressive assimilation of Indigenous peoples in Canada,” including the traumatic legacy of residential schools, out-of-culture adoption, and loss of Aboriginal land rights.

“My career is dedicated to advocating for Indigenous art and artists within institutions,” LaVallee said in a statement, adding, “I am invested in change and working to challenge historical relationships with Indigenous peoples. art and history museums towards respect, trust, reciprocity and responsibility towards a new way of engaging with people, space and land.

Indigenous artists and curators in Canada have been at the forefront of efforts to reflect colonial heritage in museums. For example, Wanda Nanibush, curator at the Art Gallery of Ontario, has helped the museum significantly expand its collections of Aboriginal art. To recognize First Nations peoples as the original occupants of Canada, the gallery’s JS McLean Center for Indigenous and Canadian Art has added translations of each wall text into the Anishinaabe language, one of the oldest northern languages. -American. Anishinaabe is also used as a collective term to refer to related groups including the Ojibway and Algonquin.

In 2008, the Canadian government commissioned a report on the long-term effects of the state-sponsored residential school system, which isolated more than 150,000 Indigenous children from their families and forcibly recruited them for the purpose of assimilation. . The schools were established in the 1880s, with the last closing in the late 1990s. The commission’s report released in 2015 concluded that the system amounted to “cultural genocide”.