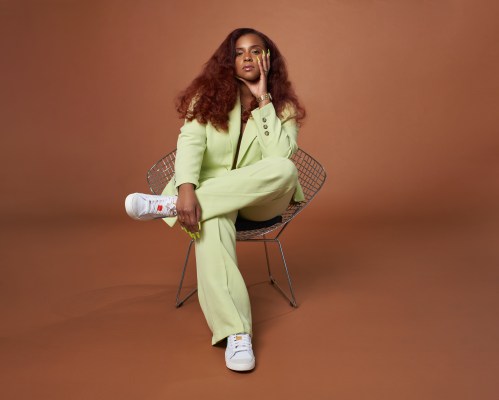 Despite all the controversy surrounding the crypto world, one clear positive of blockchain technology has been its ability to help creators and artists monetize their work. Rapper and visual artist Latashaour guest of the last episode of the Chain reaction podcast, is a living embodiment of web3’s potential to support independent artists.

She hit and successfully sold her first NFT in 2021 from a music video she directed – her first foray into the world of web3. Since then, she has sold NFTs of her work for tens of thousands of dollars and has become a highly visible advocate for artists to take advantage of Web3 technology. She is the Community Manager at the NFT Zora Marketplace, through which she hosted her flagship event, Zoratopia, nationwide to educate artists interested in entering the space.

You can listen to the full episode below:

“I remember [artists], especially in the music industry, that the cost of entry is so high. I mean, to get your songs on playlists, to get your songs on the radio, you’re usually going to have to pay just absurd amounts of money, starting at $10,000. So I’m like, would you rather pay $10,000 to a radio station? Or would you rather pay $50 to $100 on-chain and watch this thing grow, especially in this fertile new soil right now,” she added.

Since Latashá first entered the NFT space, a plethora of new challenges have emerged for artists looking to replicate her path to success. For one thing, gas prices on Ethereum have risen significantly from around $25 per NFT when it started, she said. Second, the crypto industry as a whole is in the midst of a market downturn, and with token prices falling, so are NFT prices (which are quoted in their native cryptocurrencies) .

Latashá said that despite these challenges, she still believes that leveraging Web3 is a smart strategy for many artists. Like any other industry, she said, Web3 ebbs and flows, and market participants will have to live through waves of different feelings.

“I think there was rush and a lot of people at the same time,” she said, thinking of the latest bull run in the crypto. “I think that was probably the part we had to think about before, because we had to prepare people for the ebb and flow,” she continued.

More education could have made a difference in helping creators prepare for this downturn, Latashá said. That’s part of why educating people is central to her mission at Zora.

“I always say [to artists], decide what you want to do with your money, right? If you want to keep your money in crypto, go for it. But I would also say, be in multiple streams of income,” Latashá said. “Always decide whether you want to take some of your crypto and put it into different art forms, or get a marketing team for your music or do other things that can generate revenue in different ways… I don’t think so. that we should never be handcuffed to any stream of income. We should always be free and as open as possible.

You can find out more about Latashá’s interview by listening to our latest episode. Subscribe to Chain Reaction on Apple, Spotify, or your alternative podcast platform of choice to follow us every week.