Yukon arts scene ‘so ahead’ of Northwest Territories, say arts advocates and artists 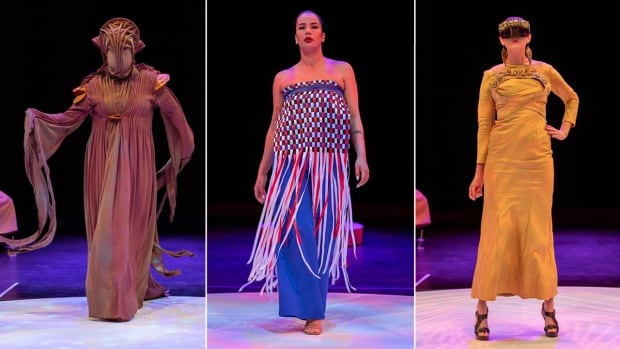 Yukon arts scene ‘so ahead’ of Northwest Territories, say arts advocates and artists

Just a few days before Arctic Arts Summit in Whitehorse, the Yukon art scene appears to be thriving.

This week, the Canada Council for the Arts is visiting two communities in the NWT, where council members can hear from local artists.

Prior to the first meeting on Thursday evening, local artist Sarah Swan said she was impressed with the level of commitment the Yukon government has made to its artists.

“The Yukon is so ahead of us because the government started taking art seriously 30 or 40 years ago,” she said. “At that time, they came up with a plan to build a really dynamic and exciting infrastructure.”

She said the Arctic Arts Summit being held in Whitehorse is “incredible” and that she hopes one day the event will take place in the Northwest Territories.

“But I highly doubt that’s possible, just because we don’t have the infrastructure to do it yet.”

Swan helps run a mobile art gallery based in Yellowknife, run by volunteers. She said it’s the only non-commercial art gallery in the Northwest Territories and it’s “not even a real gallery,” she said, “[it’s] just a trailer.”

Robyn McLeod, a fashion designer, moved from the Northwest Territories to the Yukon more than four years ago. After moving, she said she had more career opportunities. Last month, her work was featured at the Aboriginal Fashion Arts Festival in Toronto.

McLeod said she tried making handbags, earrings and other accessories when she lived in the Northwest Territories, but was unable to. develop a real business plan.

“I tried to get help to work with and access the programming there. And it was tough. So it was really, really tough to be an artist there. [in the N.W.T.].”

It was also more difficult to interest people in his work. “If you do art in the Northwest Territories and you try to get it to a place that sells art, a lot of people turn away,” she said.

McLeod said she found the Yukon funding application process easier to navigate, she was able to access grants that specifically support Indigenous artists, and she became more respected as an artist in the Yukon.

“I found it easier here [in the Yukon] to be able to sell your work in different shops. People want your work and demand it,” McLeod said.

Yukon and the Northwest Territories have similar population sizes, 42,051 and 45,061 respectively, according to 2020 data.

Yet, according to figures provided by government officials, the Yukon provided nearly three times as much grant funding to arts councils as the Northwest Territories in the 2021 to 2022 fiscal year.

In an email, Erin Moore, senior communications advisor for the Northwest Territories Department of Education, Culture and Employment, told CBC News that the Northern Territories Arts Council grants -West are budgeted at $700,000 per year and the total amount was distributed for fiscal year 2021 to 2022.

Meanwhile, Cameron Webber, a communications analyst for the Yukon Department of Tourism and Culture, provided a chart in an email to CBC showing the Yukon provided a total of $1,917,040 in Arts Council grants. for the same exercise. More specifically, $333,156 went to individuals, $93,455 to artists’ collectives and $1,490,429 to arts organizations.

Webber said there are currently seven not-for-profit, artist-run galleries in the Yukon.

“In addition, many cultural centers, museums and other multi-purpose public places have dedicated exhibition spaces,” he wrote.

In addition to support from the territorial governments, there is also a significant difference in the amount of funding the territories have received from the Canada Council for the Arts, the federal sponsor of artists and arts organizations.

Nunavut – with a population of less than 40,000 – received just 22 applications. Yet the territory still received a total of $2,117,997 in funding from the Canada Council for the Arts.

Jesse Wente, chair of the Canada Council for the Arts, said “fewer applicants” from the NWT is not “representative of the amount of actual artistic creation that is happening in the region.”

“I want to hear from the people of the Northwest Territories”

The Arts Council is also co-hosting the Arctic Arts Summit alongside the Government of Yukon. Wente described the rallies and the summit as major initiatives the council has been working on for two years.

“It’s definitely the first time we’ve done something like this. [gathering] of my time on the board,” he said.

The board is in Yellowknife Thursday night and Inuvik Friday, where they hope to hear directly from NWT artists.

“The council is developing a strategy to help northern artists,” Wente said.

“It’s a commitment that the council made a few years ago. [gathering] is part of that and is really looking at how to better serve artists in northern communities. »

Wente said artists in the North often face infrastructure and accessibility issues, but it was too early to talk about specific needs.

“I’m probably not the person to say what the Northwest Territories needs,” said Wente, of Toronto.

“I want to hear from the people of the Northwest Territories, what they think they need, and then figure out how to support that.”